In 2018, we commissioned a firm to conduct some repair work to our roof as well as some landscaping work. The company seemed legitimate and professional, with a business park address, admin personnel and it also claimed to be a member of Rated People and the Confederation of Roofing Contractors (CORC). The project should have taken a maximum of three weeks. 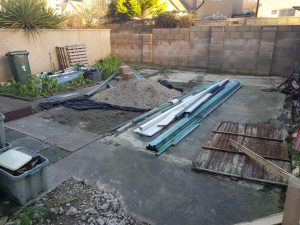 Our garden, driveway and roof were all dug and stripped within the first few days. Then they stopped turning up for work for days at a time, and the owner of the company would appear at our door at all hours asking for advance payments.

Despite the main builder (and owner) eventually promising to finish the job and agreeing new deadlines, following further payment, we never saw him again.

£11,500 later, with a further £10,000 worth of damage to our home, and a roof that wasn’t even waterproof, we found out that the firm wasn’t registered with Rated People or CORC, and that Trading Standards was already investigating the owner of the company for other offenses. None of the information he had given us was true, not even his name. 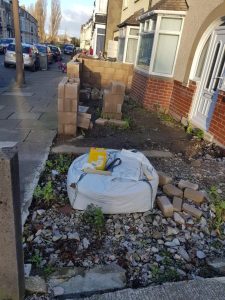 There was no official or recognised database that we could have turned to in order to check his credentials or whether he was insured.  Going forward, there is nothing to stop him from just changing the name of his company and carrying on defrauding honest, hardworking people.

Had Trading Standards not already been pursuing criminal charges against him, we would have had to pay a fortune to take him to the Small Claims Court. One year on, we have only just managed to waterproof our roof, but the area around the house remains an unusable, overgrown mess.

I support the introduction of mandatory licensing for UK construction as it would mean that people like me have a port of call to check a potential contractor’s credentials. It also means that honest builders don’t suffer from unprofessional firms undercutting their work by not paying VAT, business rates or contributing to the local economy. The lack of regulation is to blame for the number of jobs not commissioned because people are scared of hiring a rouge builder. It also affects families and individuals who lose money, it drops the surrounding property values, as houses can go unfinished for months, and represents a significant amount of revenue lost in tax evasion. By allowing this rogue industry to endure, means we all suffer. 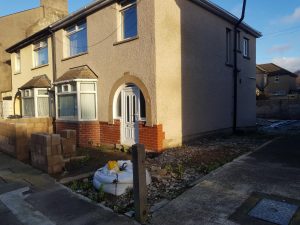